A CATALYST OF CONNECTIVITY

We serve as a catalyst of connectivity, helping our clients achieve their brands' potential by defining, finding, and connecting them with the people who will become their most valuable customers.

WHY WE ARE THE CATALYST TO PROPEL YOUR BUSINESS 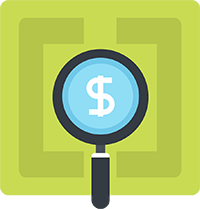 Media focus – Media is our passion. It’s our singular focus at CMD and we continually strive to be the very best at it. 100% of our resources go into strengthening our media offering for the benefit of all clients.

Strong relationships – We work hard to build strong, long-term relationships with our staff, clients, partners, and media suppliers. These relationships in turn strengthen our company and the product we deliver to our clients every day. 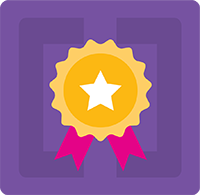 Doing it right – We are committed to assembling the right team and resources to ensure that every clients’ media investment is maximized. Each campaign is built with the idea that if it was our money to spend, this is how we’d spend it. 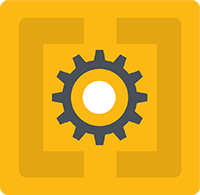 Proven process – We have a highly-proven process for delivering results. We have built a reputation for strategic thinking, aggressive negotiation, creative ideas, and hands on, comprehensive management of our clients’ business.

WE TAKE BRANDS TO THE NEXT LEVEL

Jack in the Box
Situation: We were given an objective to increase same store sales for an upcoming promotion. The media budget was flat and spend among competitors had increased year to date.
Actions: We recommended a shift in target audience toward younger males after research confirmed that the product had a higher appeal among this audience. We also incorporated qualitative ratings to further narrow the targeting toward consumers who had eaten at a Jack in the Box restaurant in the past 30 days. The campaign included a mix of Radio, Out of Home, and Digital media.
Results: Sales and traffic counts saw an immediate lift at the onset of the campaign and grew each week. Same store sales growth exceeded goal by 300% for the period. This buying tactic was incorporated in future buys resulting in exponential sales growth.

Arizona State University
Situation: ASU had an objective to reach teens and influencers in an Out of Home environment where they could effectively showcase the brand.
Actions: Research was conducted to identify the optimal location(s). Historical lead and enrollment data, local airport and shopping center visitor data, as well as individual community profiles were evaluated. Four shopping centers were ultimately selected and sites within each location were chosen for high teen traffic. Showcase spaces were custom created to leverage the existing structures and maximize impact, and supporting graphics were placed strategically throughout each center to drive additional traffic. Each install also included a photo tower to encourage engagement and lead capture.
Results: Estimated shopping center traffic was 9.4MM over the 3-month campaign. Over 33k photo sessions/leads were captured and over 12k of those users shared their branded photo via Email and/or Social Media channels, exceeding goal.

Scottsdale Fashion Square (Macerich)
Situation: Scottsdale Fashion Square was selected to host to the ESPN Scottsdale Fan Fest for Super Bowl 2015. Fan Fest was one of several events all occurring the same week competing for the same attendees. Campaign objectives included generating immediate awareness of Fan Fest, creating excitement, and driving traffic to events throughout the week.
Actions: We reviewed resident as well as visitor profile data and created a media plan that would build and sustain awareness to achieve the overall objectives. The campaign included a mix of TV, Radio, Out of Home, and Digital media.
Results: Each event was heavily attended, exceeding expectations of the client and City of Scottsdale. Social sharing was strong with an estimated 15% of attendees sharing photos and comments across social media channels.

1. WE ARE A FULL-DISCLOSURE AGENCY

2. CLIENTS HAVE A RIGHT TO SEE EVERY INVOICE AS WELL AS PROOF OF PERFORMANCE FOR EVERY MEDIA BUY

4. ADDED VALUE IS A REQUIREMENT ON EVERY MEDIA BUY AND IS USED FOR THE EXCLUSIVE BENEFIT OF THAT CLIENT

5. ANY OUTSIDE PARTNERS ARE APPROVED BY OUR CLIENTS PRIOR TO ENGAGEMENT

1. WE ARE A FULL-DISCLOSURE AGENCY

2. CLIENTS HAVE A RIGHT TO SEE EVERY INVOICE AS WELL AS PROOF OF PERFORMANCE FOR EVERY MEDIA BUY

4. ADDED VALUE IS A REQUIREMENT ON EVERY MEDIA BUY AND IS USED FOR THE EXCLUSIVE BENEFIT OF THAT CLIENT

5. ANY OUTSIDE PARTNERS ARE APPROVED BY OUR CLIENTS PRIOR TO ENGAGEMENT

WHO WE WORK WITH

We know we’re only as good as the company we keep, but over the years, we’ve kept some pretty good company! Here’s a few brands for which we’re currently acting as a catalyst of connectivity. 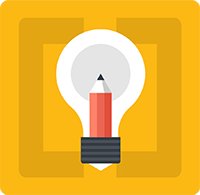 News and insights: the latest industry news and our own thoughts on a whole bunch of things!